I have had this 1996 Kurt Cobain signature model Jagstang since I was in High School. I have bought and sold a lot of guitars along the way but this one was never up for sale. They were only issued in Fender Sonic Blue and Fiesta Red and produced 1994, 1995–2001, 2003–2005. Most folks prefer Sonic Blue (as did I) but they became increasingly rare and expensive.

I called upon by buddy Rob Broyhill to do the paint job, I think he really knocked it out of the park. It had been dropped so it was not as simple as just painting it. The other issue was the older models age differently. The Sonic Blue looks more teal. It also shifts color in different lighting. Fender used GM paint codes early on. I was able to color match the paint to make sure it was spot on like the factory issues it.

Lastly this guitar has some design issues. The stock humbucker is super thin. Kurt historically loaded his guitars with Seymor Duncan JB’s. Since this guitar is twangy and lacks low end, I went with a DiMarzio “Tone Zone” humbucker. It did the trick wonderfully. The floating bridge also makes this guitar difficult to keep in tune. The tuners were also replaced with sperzel locking tuners. 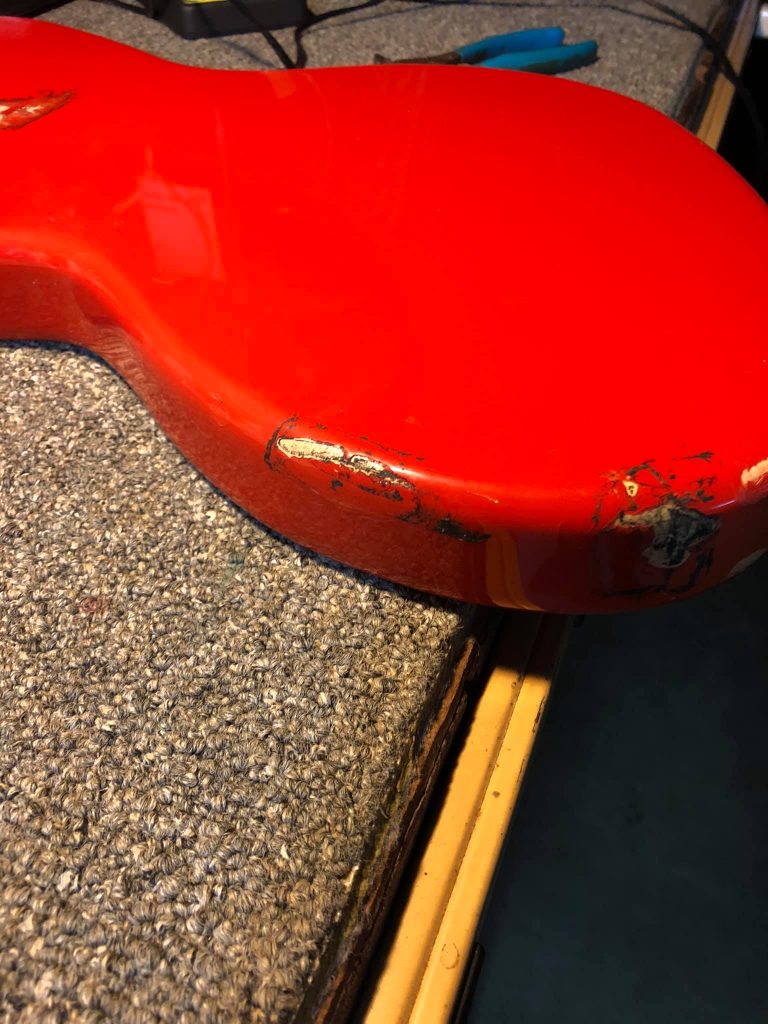 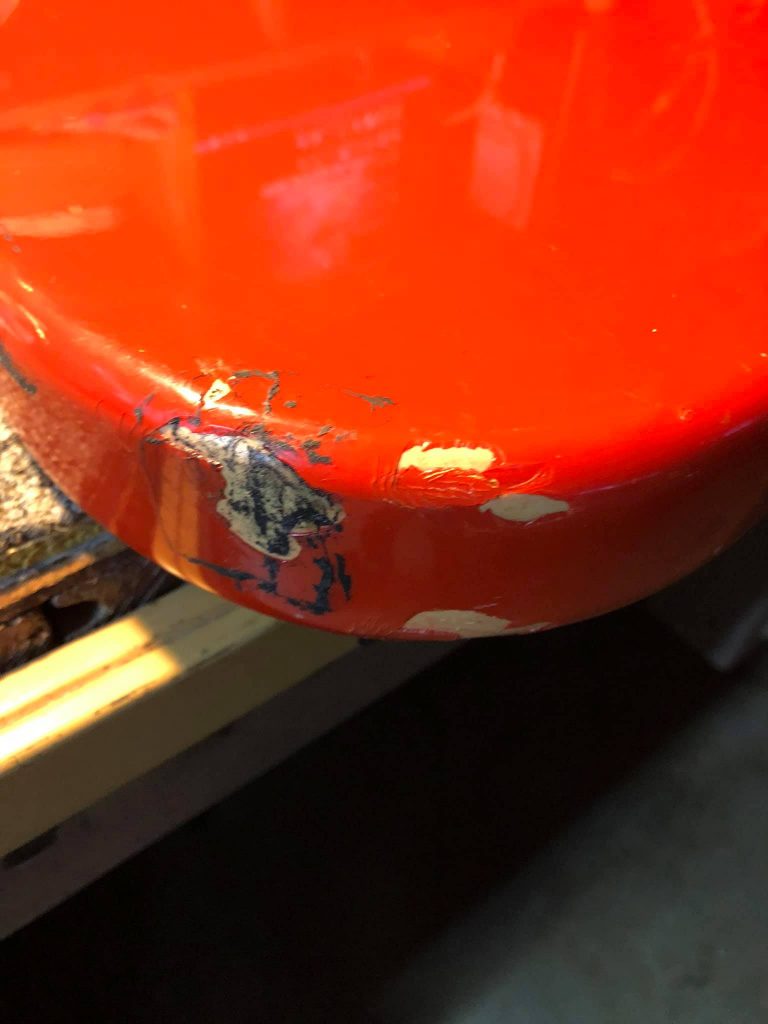 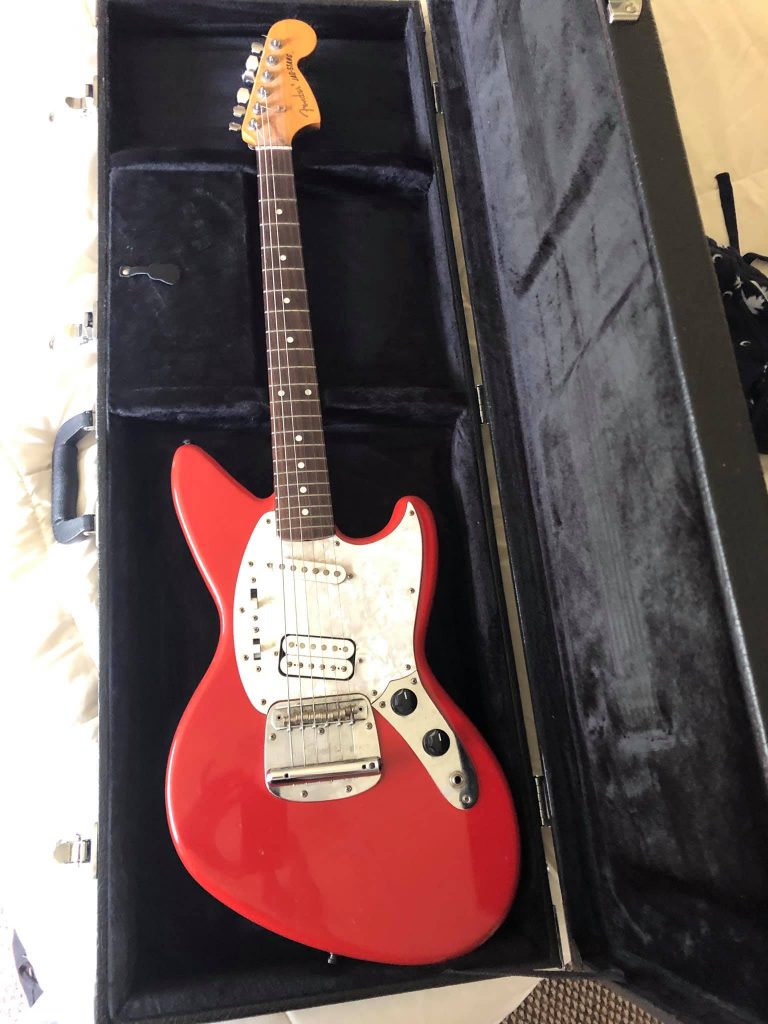 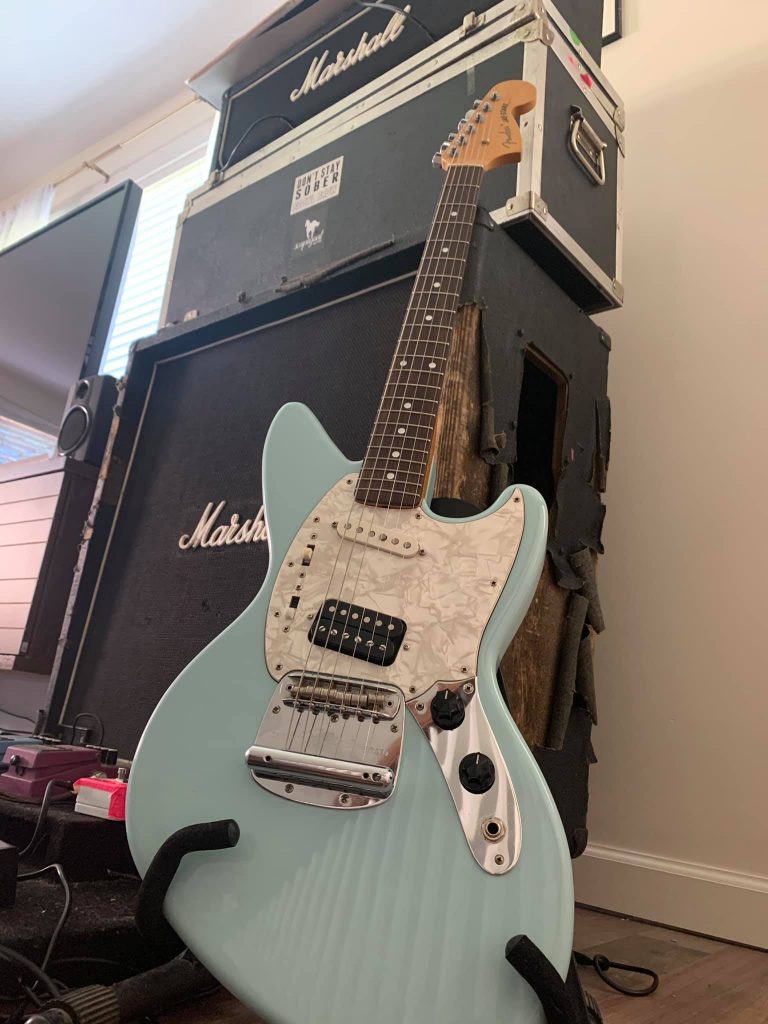